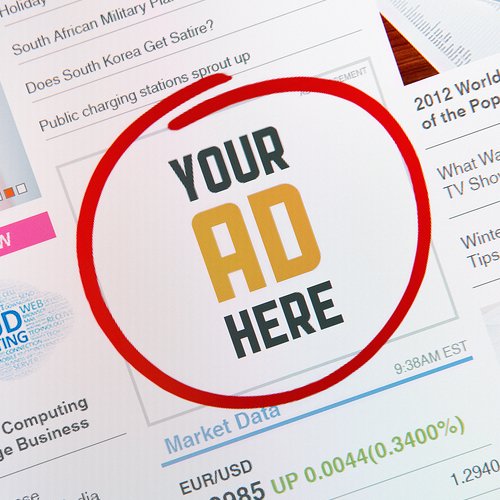 The ubiquity of banner ads may sound like a good thing at first, because you can find them just about anywhere on the Web. But their prevalence has actually been working against them in recent years. Because they're getting so used to seeing these ads, many consumers automatically scroll past banner ads without looking at them, according to research reported on by Adotas. How, then, can marketers use this medium to actually influence consumers and expand reach? These three banner ad best practices are a great place to start:

Though it's tempting to stuff your banner ad with graphics and eye-catching animations, consumers need to know what the ad is about in two to three seconds. Beyond that, their eyes dart away to the body of the page they're reading. Taking advantage of customers' extremely limited attention spans requires a simple, uncluttered design with only a few colors, a logo and perhaps a single graphic.

Having a simple design might help banner ads hold consumers' attention for a precious moment more, but without incentive to click, users will simply take note of the ad and keep scrolling. Having a strong call-to-action that is short, to the point and just a little punchy — without being over the top — will go a long way toward increasing click-through rates. For instance, a fair-trade coffee company could use a call-to-action such as "See what your morning has been missing," then link to informational content about how its coffee is different from its competitors'.

One of the most valuable aspects of banner ads is their ability to hypertarget a specific audience. The goal of a banner ad campaign should be to speak to consumers who are already familiar with your product, either directly or via competitors. For example, if research shows that fair-trade coffee is most popular among adults ages 35–54, trying to convert millennials with a banner ad campaign likely won't be effective. Instead, focus your banner ads on your core audience — people who would already be interested in your product — to see the largest click-through and conversion rates.

Banner ads are one of the the best mediums to increase awareness and reach current customers or those familiar with your competitors. Thus, they should be a part of any comprehensive media strategy. As long as you're equipped with these banner ad best practices, you can create an ad that reaches your customers and gets those desired clicks and conversions.